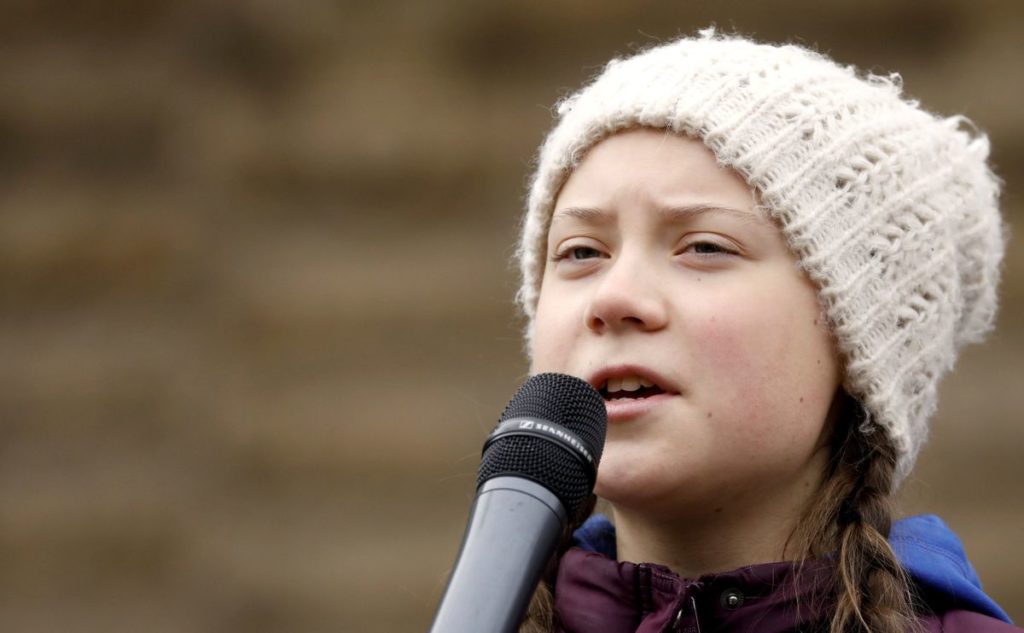 After staging solitary protests for months, confronting world leaders at the World Economic Forum, and sparking a global movement for climate action, 16-year old Greta Thunberg has been nominated for the Nobel Peace Prize on Thursday.

The nomination comes right before a massive day of action inspired by Thunberg by students around the world. On March 15, thousands of #FridaysForFuture rallies will take place in dozens of countries. The rallies are being led by students skipping school to call attention to the urgent problem of climate change.

Thunberg was nominated by a three members of the Socialist Left Party in Norway who see in her an opportunity to transform the status quo of environmental inaction. There are currently more than 300 nominations for this year’s peace prize.

“We have proposed Greta Thunberg because if we do nothing to halt climate change it will be the cause of wars, conflict, and refugees,” Norwegian socialist politician Freddy André Øvstegård told the Guardian. “Greta Thunberg has launched a mass movement which I see as a major contribution to peace.”

In recent months, Thunberg has been vaulted to international fame for her unflinching focus on climate change and her ability to deliver searing indictments of political and business leaders who have thus far failed to meaningfully reduce greenhouse gas emissions.

She started out by skipping school on Fridays to protest the Swedish government, calling on politicians to enact more aggressive climate laws.

Her efforts soon inspired students throughout Sweden and across the globe.

Thunberg is part of a broad movement of youth activists who are trying to prevent catastrophic climate change in the decades ahead. Teens have filed lawsuits against governments, campaigned for alternatives to fossil fuels, taken sustainability pledges, and founded organizations dedicated to protecting the planet.

Their efforts are colliding with the grim realities of climate change and the relative inaction of governments.

More than 195 countries around the world have signed the Paris climate agreement, which seeks to keep global temperatures from rising 2 degrees Celsius above pre-industrial levels. Because so few countries have taken steps to significantly slash greenhouse gas emissions, the Paris goal is quickly becoming out of reach, according to recentreports by the United Nations.

But if there’s one thing that youth activists like Thunberg have on their side, it’s that they will soon be of voting age around the world — and they’ll be able to elect leaders who take climate change seriously.