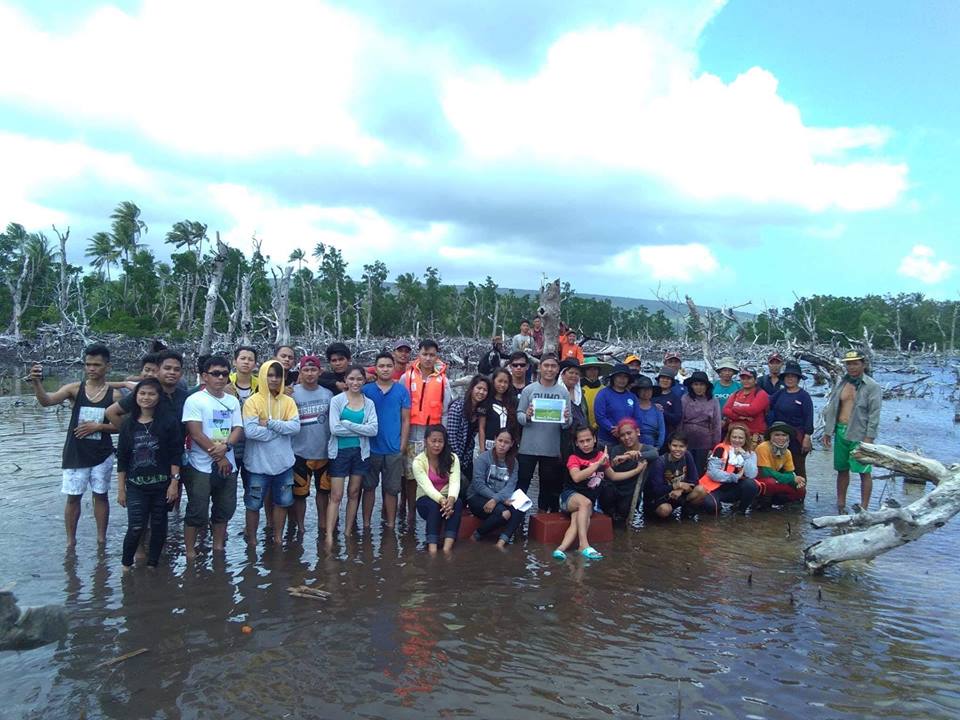 Tree-planting is the process of transplanting tree seedlings, generally for forestry, land reclamation, or landscaping purpose. And it’s exactly what Team 54 Project members did on 17th of March 2019.

TEAM 54 PROJECT INTERNATIONAL members in collaboration with the Samaka organizations, a Philippine organization committed to the development of Samar province.

The tree seedlings were planted in an area seen as dead land at MacArthur Eastern Samar Philippines, it was one of the areas completely destroyed by Typhoon Haiyan, also known as ”Super Typhoon Yolanda” in the Philippines, in November 2013. It was one of the most powerful tropical cyclones ever recorded.

Team 54 Project members and Samaka Members planted over 350 mangrova seeds. In an effort to reclaim the land and preserve the coastal margins in the Samar area.

This exercise will be one in many sensitization campaigns on the importance of trees said Tyrone Bantang, the country coordinator of Team54Project-Philippines.

There are plans, to launch a massive tree planting exercise the week before the country’s independence day celebration. On the 8th of June 2019 the ”PUNO TULONG BUHAY CAMPAIGN ” which is a massive tree planting exercise will be launched. The campaign will be planting 121 trees to represent the number of years after independence of Philippines. Consequently, every municipality in Samar province will have 121 trees planted meaning that over 9,000 trees will be planted.

Tyrone Bantang the Team 54 Project Coordinator for the Philippines thanked the Team 54 Project International Management and board for there support and for the campaign idea which has sparked life back to the community. He explained that trees have some very important role in creating balance. One of those role is the Cooling of the Earth by functioning as carbon sinks, and adding water vapor to the atmosphere thereby creating forest cloud. And for island nation they serve as a natural wall against wild winds. We are looking forward to a great tree planting exercise in June 2018.