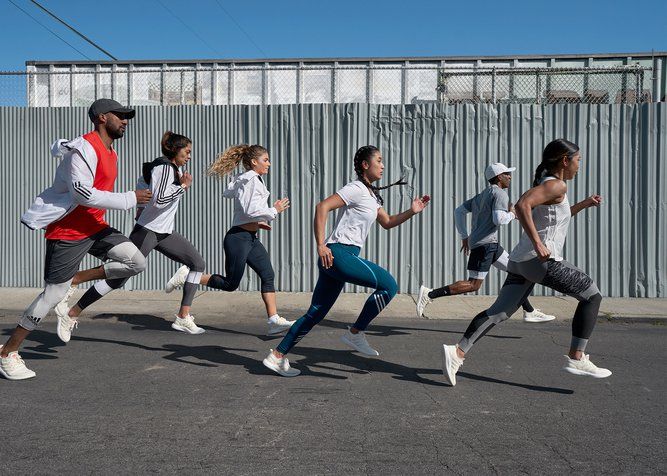 Adidas has launched a new 100 per cent recyclable shoe aimed at unlocking a circular future for the sports industry.

The FUTURECRAFT.LOOP line is aimed at tackling the problem of plastic waste. The company want to promote a circular economy where materials can be repurposed again and again.

The shoes are a transformative approach to designing performance shoes which are made with only one material and no glue. Each component is made from 100 per cent reusable TPU.

Once customers no longer want the shoes they can be returned to Adidas to be repurposed into another pair.

Eric Liedtke, Executive Board Member at Adidas, responsible for Global Brands, said: “Taking plastic waste out of the system is the first step, but we can’t stop there. What happens to your shoes after you’ve worn them out? You throw them away – except there is no away. There are only landfills and incinerators and ultimately an atmosphere choked with excess carbon, or oceans filled with plastic waste. The next step is to end the concept of “waste” entirely. Our dream is that you can keep wearing the same shoes over and over again.”

Once the shoes come to the end of their first life and are returned to Adidas, they are washed, ground to pellets and melted into material for components for a new pair of shoes, with zero waste and nothing thrown away.

Tanyaradzwa Sahanga, Manager of Technology Innovation at Adidas, commented: “We set out to create a new type of product that we can take back, grind up and reapply into new adidas product. We cannot create a circular future on our own, we are going to need each other. We’re excited to see this first step come to life as part of the beta launch.”

The sportswear company has previously produced environmentally friendly clothing lines, most notably collaborating with sustainable brands like Parley for the Oceans and fashion designers such as Stella McCartney.

In 2019, Adidas will produce 11 million pairs of shoes that are made from recycled ocean plastic. Environmentalists, although welcoming efforts from the brand to align with a circular economy, have said that they need to decrease the production of shoes to reduce the amount of waste they are creating to begin with.