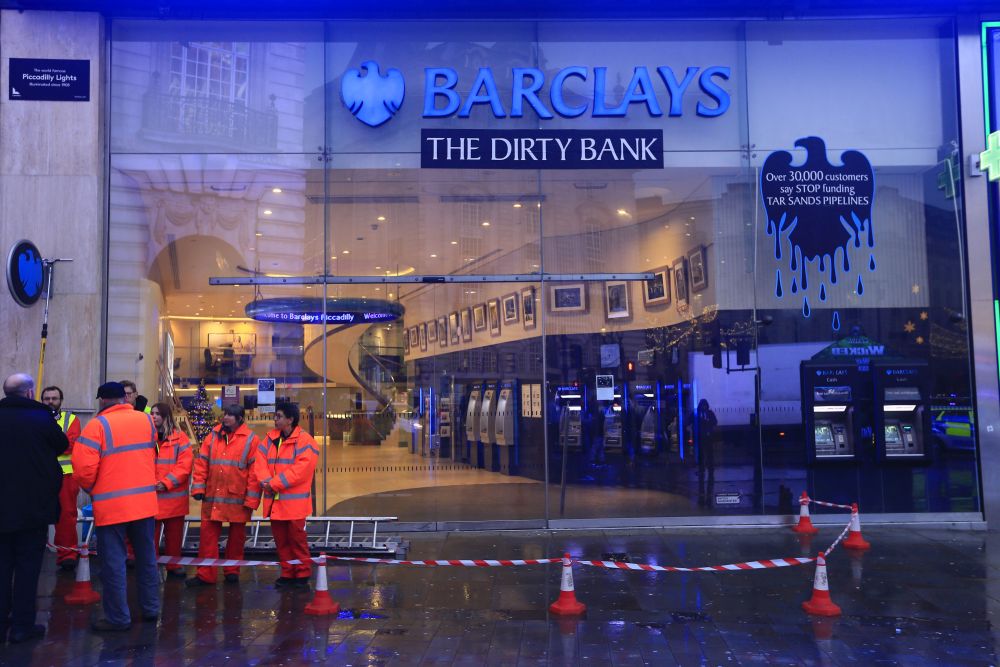 Barclays are in deep water as, environmental campaign group, Greenpeace have said they are on the ‘wrong side of history’ with new climate policy.

The UK Bank released their new energy and climate change statement yesterday, detailing how it will continue to fund tar sands infrastructure.

Hannah Martin, Greenpeace UK oil campaigner, said: “As it was with apartheid, so it is with climate change: Barclays is on the wrong side of history. By continuing to fund tar sands pipelines, Barclays is once again choosing short-term profit over human rights and the wishes of a small number of corporate clients over those of tens of thousands of its customers.”

This follows other banks, including HSBC and BNP Paribas, which have made a commitment to improve their climate policy.

In 2017, BNP Paribas announced a decision to no longer finance “pipelines that primarily carry oil and gas from shale and/or from tar sands.”

However, Barclays have committed to stop investing in Arctic drilling, a pledge that will be a big setback for the President of the United States.

In response to Greenpeace’s statement, a Barclays’ spokesperson said: “Our approach balances the need to accelerate the transition away from the most carbon-intensive fossil fuel sources, with ongoing financial support for clients operating responsibly in energy sectors that are expected to contribute significantly to the world’s energy mix.”