Climate Activists Are the Faces of This Dreamy New Fashion Campaign 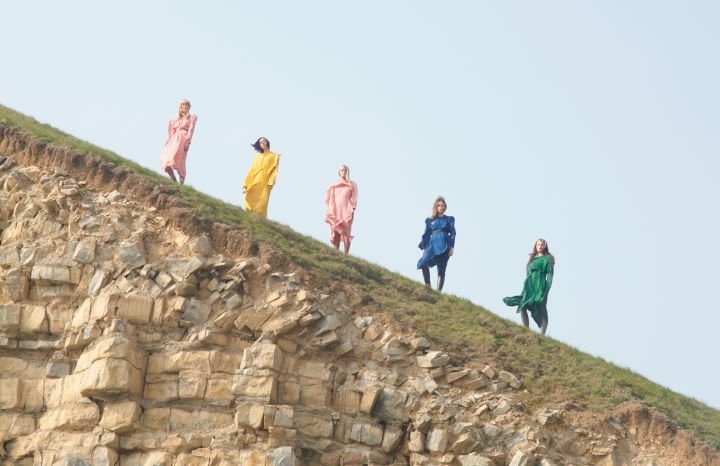 “Make our voices heard,” “Ditch coffee cups,” –– these are a couple of suggestions the models in Stella McCartney’s latest fashion campaign have for saving the world.

As part of her fall-winter 2019 campaign, McCartney invited climate activists Tori Tsui, Deya Ward, Ruby Munslow, and others to share five ways to fight for the planet in a series of Instagram videos. Shot by photographer Johnny Dufort on the Welsh coast, the set of photos and videos released on Tuesday, “takes a moment to remind us of the beauty of nature and what we need to do to protect it.”

A second campaign film, narrated by primatologist Jane Goodall reading a poem written by author Jonathan Safran Foer, will be released in September.

“As we are in the midst of a climate crisis, it is imperative that brands aim to be as sustainable as possible,” Tsui, a member of the climate activist group Extinction Rebellion, told Global Citizen. “ “Stella McCartney is paving the way for other fashion houses to follow suit.

”The campaign, which celebrates activism, is set along the cliffs of Llangattock Quarry and Nash Point Beach, which appears to be a deliberate choice. The warming of the planet causes sea levels to rise, erodes beaches like Nash Point, and destroys marine life habitats. In the series of surreal images, models and activists pose with giant globe sculptures and live alpacas. In one photo, a painting of the earth is collaged over model Amber Valletta’s face.

“The fashion industry is one of the biggest polluters on the planet, and with the financial and social presence many of these brands have, it would be irresponsible not to be vocal about their carbon footprint,” Tsui said.

Each year, half a million tons of microfibers make it into the world’s waterways, becoming contaminants that harm marine life. Only 1% of clothing is ever recycled and the rest is burned or dumped into a landfill at a rate of one garbage truck’s worth per second, according to the Ellen MacArthur Foundation. Fashion production also leads to large amounts of carbon emissions through transportation and energy consumption.

“Everything should be circular,” Valletta recommends in her video for the campaign. In a circular economy, raw materials and byproducts are reused and very little is wasted.

For the fall-winter collection, available in September, Stella McCartney will continue to use sustainable fabrics like organic cotton, sustainable viscose, recycled polyester, and regenerated nylon. The brand will also introduce alpaca fleece that can be traced directly to its source, recycled cotton, and upcycled pieces like bags and dresses that are made without degrading the reused materials’ quality and composition.

Sustainability and environmental advocacy have been the core of McCartney’s vegetarian brand from its inception in 2001. The designer, who partnered with the UN to create a new fashion industry charter for climate action to help fashion companies adopt sustainable and ethical practices, is leading by example. In collaboration with athleticwear company Adidas, McCartney recently launched a hoodie that is the first commercially produced garment to use a new technology that purifies and liquefies old cotton to transform it into new material.

“Not everyone can be committed to boycotting fashion,” Tsui said. “Small steps like choosing sustainable brands and using recycled materials is still a fantastic option.”