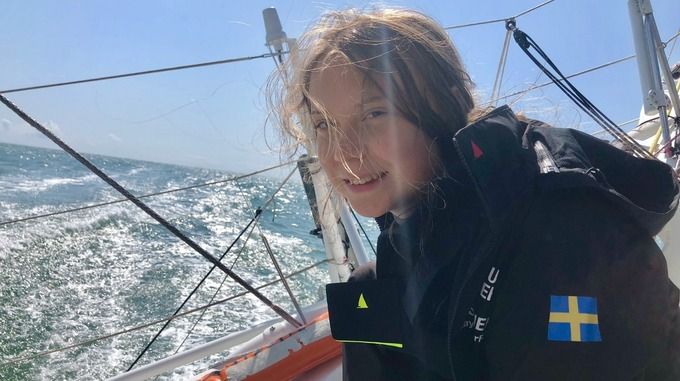 Greta, her father and a 2 man crew have begun the two-week journey to reach the US in a high-speed yacht, called the Malizia II.

In order to make sure her journey has zero carbon emissions, Greta has stopped flying. She argues that this is not only to reduce her carbon footprint but to send a signal to other people around her that the climate crisis is a real thing.

After Greta had previously announced concerns around getting to the US conferences, team Malizia got in touch with her to offer her their high-speed yacht which uses solar panels and underwater turbines to generate zero-carbon electricity on board.

It does not have a toilet, a kitchen, a shower or any privacy and they will remain in the same clothes for the duration of the journey.

In an interview with the BBC Greta commented: “I might feel a bit seasick and it’s not going to be comfortable, but that I can live with.”

The Swedish 16-year old will be joined by her father Svante Thunberg, skipper Boris Herrmann, a royal family member from Monaco, Pierre Casiraghi and a Swedish documentary maker, Nathan Grossman.

After speaking at the UN Climate Action Summit in New York, Greta will travel through the continent by train and bus to Canada and Mexico before she heads down to Santiago, Chile for the UN’s annual Climate Change Conference: COP 25. Supporters hope that her sabbatical year off from school will be a world-changing gap year.

Its hurricane season in the Atlantic, we wish Greta and her team the best of luck on their zero-carbon journey!