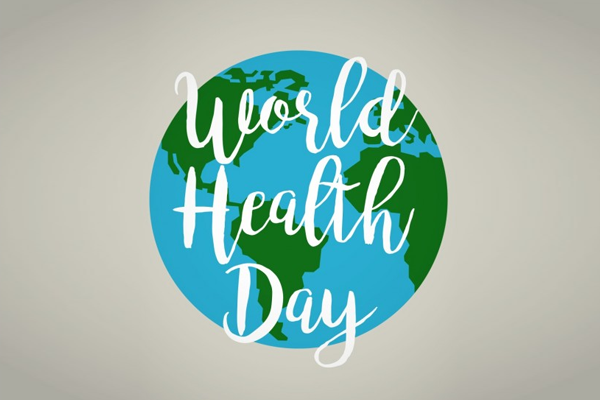 World Health Day on 7 April is a reminder that effective wastewater management and sanitation systems are vital for human health.

The volume of sewage in the world is set to rise in line with population growth. Furthermore, the growth in global wealth means our wastewater, including sewage, contains increasing amounts of dangerous chemicals, toxic substances and the debris associated with modern consumer lifestyles.

Sewage contains plastic particles, microbial pollutants and traces of medications that can threaten water and food security, and human health. The problem is particularly acute in densely populated areas which lack treatment facilities.

Take the Ganga (Ganges) river in India. It supports a population of some 500 million people, roughly equal to the population of the United States, Russia and Canada combined, and provides water for cooking, bathing, irrigating crops and sustaining livelihoods. For many people it also has great spiritual and cultural value.

A January 2018 study published in Water Research, entitled Population density controls on microbial pollution across the Ganga catchment finds that:

“Exploiting previously unpublished archival data for the Ganga catchment, we find a strong non-linear relationship between upstream population density and microbial pollution, and predict that these river systems would fail faecal coliform standards for irrigation waters available to 79 per cent of the catchment’s 500 million inhabitants,” says the study.

According to Ganga Action Parivar, sewage treatment plants on the Ganga are expensive and easily overwhelmed during monsoons; 30 per cent of them were not operational in 2013, while others were utilizing less than 60 per cent of the installed capacity. Furthermore, they cannot treat toxic waste from heavy metals, pharmaceutical products or personal care products, are disabled by frequent power cuts, and are frequently defunct due to high operational and maintenance costs.

“Leaving no one behind”

World Health Day marks the anniversary of the World Health Organization which was founded in 1948. Sustainable Development Goal 3 is about good health and well-being. It includes the following targets:

Furthermore, the theme for World Water Day on 22 March was “Leaving no one behind”. Sustainable Development Goal 6 includes a target (6.3) to improve water quality by reducing pollution, eliminating dumping and minimizing release of hazardous chemicals and materials, halving the proportion of untreated wastewater and substantially increasing recycling and safe reuse globally by 2030.

Globally, unclean water poses significant risks of diarrhoea, opportunistic infections and malnutrition, accounting for 1.7 million deaths annually, of which over 90 per cent are in developing countries and almost half are children. These deaths are primarily due to ingestion of faecal pathogens from humans or animals.

Over two billion people are already living without a safely managed drinking water service at home. Worldwide, the number of households connected to sewers and to onsite systems such as septic tanks and pit latrines is approximately equal.

Over 80 per cent of the world’s wastewater—and over 95 per cent in some least developed countries—is released to the environment without treatment; 2.4 billion people still do not have access to improved sanitation. Only 26 per cent of urban and 34 per cent of rural sanitation and wastewater services effectively prevent human contact with excreta along the entire sanitation chain and can therefore be considered safely managed.

“More sewers without sewage treatment make river pollution worse. The urgency to invest, not only in sewers, but in the treatment of sewage has never been greater,” says UN Environment wastewater specialist Birguy Lamizana.

Sewage treatment plants greatly reduce the risk of disease by removing harmful substances from wastewater. However, the treatment process relies on a constant, reliable electricity supply—a luxury that a lot of developing countries do not have. Sewage treatment plants also produce methane, a major greenhouse gas, which could be a useful energy source if properly managed.