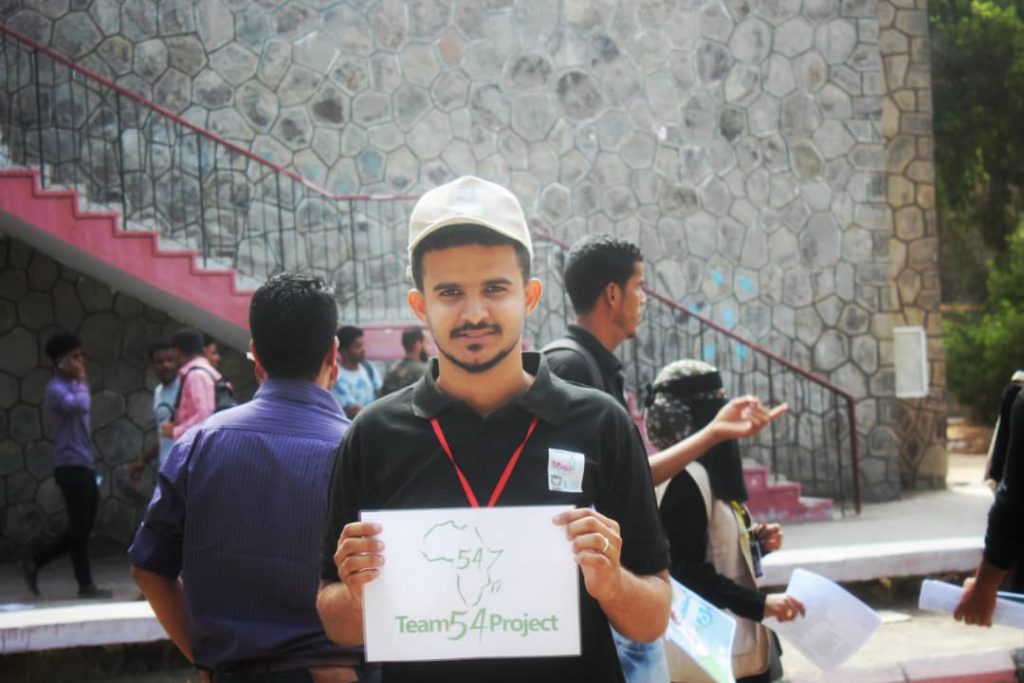 This month individuals confirmed for Eco-Hero Award (EHA) for March 2019 are members who are indeed young community leaders and they have gone through a lot and they join the Team 54 Project family from different disciplines and fully inspired to make a difference in their respective societies. They empowered and inspired children in war torn region on Aden in Yemen, taught rural women about the importance of renewable energy by organizing webinar strictly for them which they took part in.

EHA recipients have been working hand-in-hand with their communities to build the green sustainable futures. These men who incidentally are our country coordinates in their respective nations understand that achieving sustainable development often requires reaching out across the lines that divide us to vulnerable and forgotten target groups and their collective effort. In the month of March we have seen a rise in our membership drive across the various continents where their actions where done and it also has shown how collaborative, community-driven work with other like-minded organizations can lead to strong, creative, behavioral changing attitude even in some of our most intractable and polarizing places in the world.

Meet our inspiring members who are the EHA for the month of March of 2019 – and learn more about them.

Malek was born in 1995 in Aden, Yemen. At birth he had challenges found it difficult to walk but eventually took his first steps at 19 months, following diagnose of a rare form of musculoskeletal disease but that never hindered this brave earth warrior. Sadly, at 10 years old he had to flee with his family on a boat after violent conflict enveloped the nation. On returning, after relative peace was established he decided to commit himself to making his environment a peaceful and healthy place and pledge to confront all forms of inequalities in the society.

Shortly after he realized that foreign assistance may not be reliable and building a society on donations may not be sustainable Malek decided to be a community champion for Sustainable Development Goals with focus on Sanitation and Climate action awareness campaign SDG 13. This has greatly change the face of his community with people more aware of proper way to hand liquid and solid waste. He has incorporated education of climate change into his campaign linking the negative impact of environmental degradation and pollution to the citizens of Yemen.

Currently, Malek is a college undergraduate at the University of Aden – in the Faculty of language, studying English Program. He has succeeded in collaborating with other humanitarian organizations to carry out projects.

He was appointed the country coordinator of Team 54 Project International and this only has inspired him to do more. He said: ” I am so grateful for being shown to coordinate the vision of Team 54 Project in my country. We are indeed in need of adaptation and mitigation solutions in my country, but if we all work together and address the global issue and have human compassion for vulnerable nations, like our CEO, I would always say my country will be eco-friendly again.”

Since Malek joined Team 54 Project International, he has coordinated over 20 activities and have impacted over 500 lives, all associated with environmental awareness and health-related campaigns. He is working on some climate actions, like planting flowers and trees and he plans to organize a workshop for students where they can learn how to handle waste and sanitation related issues.

He has become a local hero in many refugee camps and he is inspiring younger citizens in Yemen. His extraordinary courage in the face of ongoing violent conflict is indeed inspiring. One of Malek’s great virtues is that he is always ready to volunteer and to help people in need. During his time as being a country coordinator for Yemen he said, in his own words: “I learned to get all countrymen and women in my neighborhood involved in taking climate actions, and enlightening them why we all have work together in unity”.
Irrespective of the humanitarian and natural disasters that plagues his nation, Malek believes that Yemen will be green again.

Congratulations Malek, you are our EHA for March!